How did Vermin Supreme wind up getting immortalized as an animal cracker?

Any journalist who’s covered the New Hampshire Primary over the past 25 years has had multiple encounters with Vermin Supreme, the protest presidential candidate best known for wearing a rubber boot on his head. I first met Vermin at a Bob Dole rally outside Milford Town Hall in 1996 and I’ve been writing about him ever since.

I bought my first pack of Topps Wacky Packages stickers when I was in elementary school and thought the idea of calling Crest toothpaste “Crust” toothpaste was absolutely brilliant. My locker and lunchbox were covered with “Wacky Packs,” as we liked to call them.

So imagine my shock when I opened a pack of commemorative 50th anniversary Wacky Packages and saw Vermin Supreme smiling back from a circus cage. How did it happen? How did the worlds of Wacky Packages and Wacky Presidential Candidates collide?

In an exclusive report for New Hampshire Magazine, I found the artist and got the scoop. 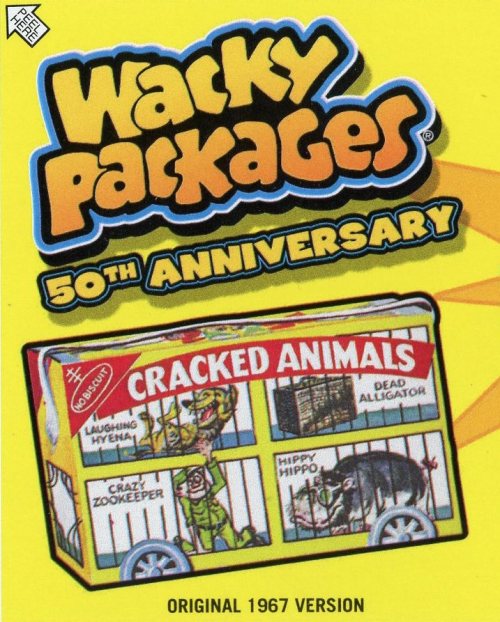 The 50th anniversary edition of Wacky Packages put a modern spin on the original 1967 spoofs of consumer products.

You can read the full story here.

By sheer coincidence, I also stumbled across another Vermin-themed Wacky Package from a few years ago:

What’s the woman on the package smelling?

A PULITZER FOR INVESTIGATIVE JOURNALISM, PERHAPS?