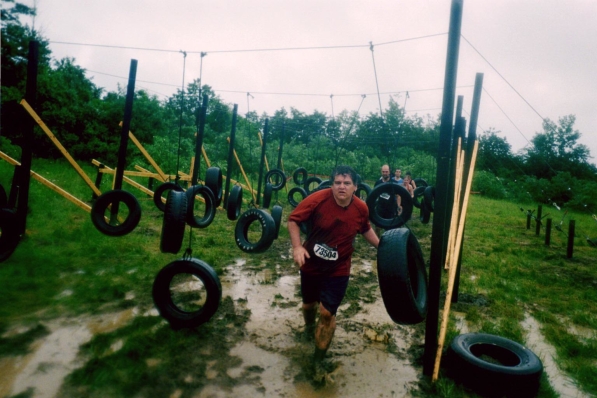 Darren Garnick is an Emmy-nominated filmmaker, writer, producer and photographer who occasionally breaks away from his beanbag chair to stack firewood. He enjoys Red Sox baseball, blueberry smoothies and making fun of Apple computer snobs — the kind who hang out at the “Genius Bar” on Saturdays.

Although much of his youth was spent watching “Batman,” “Get Smart,” and “Creature Double Feature,” Darren tragically now has precious little time for TV.

Lately, Darren has been obsessed with participating in muddy 5K obstacle course races and other offbeat fitness events.

He is also a former business columnist for the Boston Herald and has been a contributor to CNN.com, Slate, The Atlantic, The Hill, Fast Company, Parade, Outside Magazine, PBS.org, The Guardian, Ha’aretz, The Jerusalem Report, and New Hampshire Magazine.

Darren and his wife Stacy live in a secluded wooded grove in Central New Hampshire with their two children, countless fisher cats and frolicking deer.

Best Rocky Movie: Definitely the one where he defeats Communism and avenges Apollo’s death.

Tough Guy Moment: Finished the Warrior Dash with a broken rib. Okay, fractured rib. But I still feel as cool as Carlton Fisk.

Most Surprising Biographical Fact: I once was a Greenpeace volunteer, though regrettably got nowhere near the bastards hunting seals or whales. Find out why I never really fit in, despite owning the right t-shirts and sandals.